From the Desk of Senior Editor, Robert Runté:

I am deeply honoured to have been chosen as the Editor Guest of Honour for the When Words Collide Festival (Calgary), August 12-14, 2016; which is also that year’s Canvention, the Canadian national SF&F convention at which the Aurora Awards are presented. Previous Editor GoHs at WWC have included Adrien Kerr (Editor of Commercial Fiction at Penguin Canada) and super literary agent, Sally Harding, so I feel I am in very distinguished company. 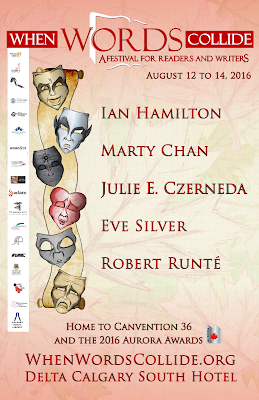 I’m excited but a little intimidated by the opportunity– Sally Harding’s GoH speech at this year’s WWC was wonderful: funny, insightful, and uplifting. Tough act to follow!