Anne Marston talked about the experience of writing, publishing, and republishing to bring a world from imagination to reality.

JC: First off, congratulations for the re-release of Sword and Shadow. How would you differentiate the experience between the initial release and this upcoming re-release?

AM: Kingmaker’s Sword was my first novel sale, and HarperPrism offered me a contract for the first three books—the first complete, the second about two-thirds done and the third “vapour-ware” as we said then. I was overwhelmed and overjoyed at actually selling the novels, and spent a lot of time floating around saying things like, “Wow,” and “Good gracious heavenly me,” and stuff like that. Signing with Lorina for the re-release wasn’t quite so breathtaking, but I’m finding it an extremely satisfying experience. With the first publisher, I had little or no say about what the covers of the books should look like (although I must say I lucked out in getting an artist like Yvonne Gilbert to do them.) With Five Rivers I’ve been working very closely with the artist, and among the three of us, Lorina and Jeff and me, we’ve produced some truly impressive covers for these new editions—mostly their work, not mine. Also, there isn’t as much pressure with the re-releases. All of them have been somewhat revised, updated and tweaked to be better, so it wasn’t a matter of creating the stories from whole cloth. I’ve actually really enjoyed the process this time, and Lorina is an absolute sweetheart to work with. We’ve gone round and round on a few things, most notably word usage; it’s been a process of give and take, and I think we’ve managed to produce a product that is better than the first. I also really like the trade paperback format, and I’ve been told by people that the larger format is so much easier to read as the print is not as small.

All of them [the books] have been somewhat revised, updated and tweaked to be better

JC: The Rune Blades of Celi is a Celtic fantasy; what inspired this fusion? 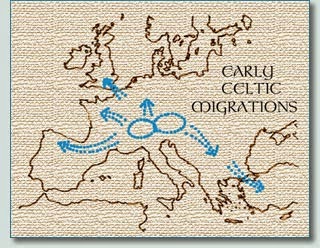 AM: I have always been fascinated by the Celts and Celtic history. I realize a lot of it has been thoroughly romanticized but that what makes good stories. In university, my minor was history and I tried to specialize in the period that used to be called the Dark Ages, or sometimes even the Arthurian Age. (So very many books out there about tracing the REAL Arthur—but that’s a whole ‘nother story.) I have read tons of fiction and non-fiction about Arthur and Merlin, and one of my objectives with this series was to write an Arthurian type of story where Arthur didn’t act like an idiot, and actually won in the end. That’s how The Western King came about, book two in the series. The Scots, the Irish and the Welsh have a marvellous wealth of myths and legends dealing with magic and music and I wanted to incorporate some of that flavour into my books—that ideal of the larger than life hero who struggles against the odds and in the end manages to win despite losses and pain. I’m also a fan of Joseph Campbell’s The Hero With a Thousand Faces, and his interpretation of the journey of the hero. As well, most of my books are “coming of age” stories, and that usually lends itself very well to the fantasy genre.

… one of my objectives with this series was to write an Arthurian type of story where Arthur didn’t act like an idiot, and actually won in the end.

JC: Did you grow up reading fantasy? Who would you say is your greatest influence? And how did this author influence your writing?

AM: I grew up reading every-and-anything I could get my hands on. Until I reached high school, I wasn’t even aware that fantasy was a separate genre from anything else. I was lucky because my parents never put any limits on what I could or couldn’t read. They figured that if the subject matter of the book was too mature for me, I’d probably not understand it and be no worse off for the reading of it—and they were right. (I read Lady Chatterly’s Lover when I was about ten. Hardly understood a word of it.) If I had to pick one author whose writing influenced me most, I’d have to say Mary Stewart and her Merlin Trilogy—The Crystal Cave, The Hollow Hills and The Last Enchantment. I love the way she uses words; I love the stories and I fervently wish I could write that engagingly. There was a time when I not only wanted to emulate Mary Stewart, I wanted to BE her. Even now, I bring out the books on average of once every couple years and re-read them. It’s like visiting old friends. I have a set of battered hardcover editions of all three books and not long ago I acquired them for my Kindle. Makes them a lot easier to carry around. However, I think it was Guy Gavriel Kay’s Tigana that showed me that a fantasy (Mary Stewart’s books seemed to me to be almost historical fiction rather than pure fantasy) could be one thumping good story as well as wielding a lot of magic all over the place. Before I read Tigana, I had been writing mostly suspense-adventure books (three of them, all unsold). After Tigana, I tried a fantasy, which eventually turned into Kingmaker’s Sword, and the rest, as we say, is history.

JC: Fantasy novels always seem to have a distinct authorial “voice”. Did it take you long to develop the diction for your story telling?

AM: That’s a really difficult question to answer. I’ve been scribbling most of my life. I wrote my first novel in high school (and it was so bad it’s a blessing nobody knows where the heck it went) and kept scribbling on and off forever. I got side-tracked by university—hard to read anything extracurricular then—and then started raising kids and working. I had about five minutes to myself a day and in twenty years, managed to sell three short stories and write those three suspense-adventure novels, which I never considered to be good enough to try to sell. It wasn’t until I began to work as a Duty Manager at the Edmonton Municipal Airport that I actually had time to really write. I worked an eight-day cycle, two twelve hour day shifts, two twelve hour night shifts, then four days off—and no family obligations. For the first time, I had lots of time to write, and about then I read Tigana and started the Rune Blades series. I don’t actually remember thinking about an authorial “voice.” I had written enough by then to understand that some things worked better than others for me, and seemed to get incorporated more as an automatic process than by any conscious manipulation. Also, I try to change the “diction” of the story to suit different characters, mostly because I want the character to tell the story in his or her own voice. (I sometimes sit down with my characters and demand they tell me all about themselves, and I listen to the way they express themselves. Sometimes it works…)

I sometimes sit down with my characters and demand they tell me all about themselves.

JC: How did you create the world for your books? Did you use actual topographical information of Scotland and integrate it with your story?

AM: It sometimes seems to me that the world sort of created itself. I know the province of Skai on the Island of Celi (and that’s pronounced Keli with the Celtic hard-c) is very much based on the lower mainland of British Columbia as far as fauna and weather and even terrain is concerned, with a lot of the British Lake District thrown in for good measure. The Highlands of Scotland are beautiful in their way, but I’ve not been there since I was very young, and it’s hard to get the atmosphere of a place from just pictures and the blurred, sometimes confused, memories of childhood. I used to teach a writing course at MacEwan for The Writing Works, and one of the things I tried to get into the heads of new writers that no country and especially no continent is homogenous. I’ve tried to vary the countries of my world so they’re different from each other. I had fun inventing things to go into the world, such as the magics and the religions and the economic systems. I tried not to be pedantically determined to set out every single detail because leaving a lot to the imagination of the reader can work pretty well most times. And again, as for Scotland, well you just have to admit that there’s certainly something about a man with a well-turned knee in a kilt with a honkin’ big sword (think claymore) strapped to his back….

…you just have to admit that there’s certainly something about a man with a well-turned knee in a kilt with a honkin’ big sword (think claymore) strapped to his back….

JC: How long did it take to write The Rune Blades of Celi? What would you say was the hardest part? What was the easiest? 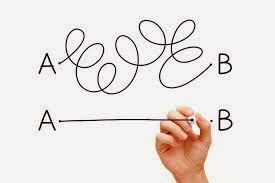 AM: It took about a year, plus or minus, to write, re-write and edit each book. The hardest part was starting, the second hardest part was keeping on going. I usually knew where the story began, and I had a pretty good idea of how it was going to end, but there were times when I wasn’t sure how I was going to get from that Point A to Point B. Sometimes I had to come to a screeching halt, back up and try to get the story back on track because it seemed to be kiting off on a track to nowhere. After I finished writing the books, I began the editing process. This might take a month or so, but I belong to a great writers’ group and they’re all tremendously good with critiques. This part can be almost as frustrating as the actual writing of the book. The easiest part? Getting up from the desk chair, turning off the computer and finally, finally getting to bed just before the sun comes up.

JC: How does it feel finishing a writing project?

AM: Wonderful. Exhausting. Exhilarating. Depressing because “Now what do I do…?” Discombobulating occasionally as I think, “Wow. Did I do that?” Relief that it’s over for now. All of these mixed in with satisfaction, trepidation and the need for sleep.

As Ann Marston catches up on sleep and worry about her next project, you can all check out The Rune Blades of Celi: Sword and Shadow on March 1, 2015, and let us hear what you think about it.

If you have any questions for Ann Marston, or any of our authors, we’ll be happy to hear them, just scroll down to the comment box and stay in touch.