Interview with Leslie Gadallah, author of The Legend of Sarah

Home / Blog / Interviews / Interview with Leslie Gadallah, author of The Legend of Sarah

LibraryThing praise for Old Growth, by Matt Hughes
D.G. Laderoute to make two appearances
Five Rivers’ publisher, Lorina Stephens, recently interviewed Leslie Gadallah, author of The Legend of Sarah, about Gadallah’s new release, writing, and what’s next.
LS: The Legend of Sarah was originally published as The Loremasters in 1988 by Del Rey, and has now been revised and re-released under its new title. Tell us a little about how that original publication came about and was received by the public, and then how it came about Five Rivers’ editor, Robert Runte, approached you for a revision.

LG: The Loremasters was the second manuscript I sent to Del Rey. It got a number of horrible reviews when it first came out, and it didn’t sell all that well. One could blame the silly title, or the not too impressive cover, or the lack of publicity, or any number of other things. It doesn’t follow the American rules, of course. No hero comes striding over the mountain to make everything right in the final pages.

And those were the days when the American model was the only model for SF.

But life goes on. I was busy with Cat’s Gambit, and then with a lot of technical editing, and writing popular science for a number of newspapers, and a radio series, and family, and a whole bunch of other stuff, and assumed this story was a dead issue for twenty-three years. And then, about two years ago, Robert sent me an email. It was a bolt out of the blue. I had no idea he had been using The Loremasters as course material, or that people were complaining they couldn’t get copies because the book was out of print. Robert likes it because it does not follow the American model.

LS: It has been said Canadian fiction, and in particular Canadian SF, differs greatly from American publications in that we tend to focus more on the individual’s struggle in society and with the environment, and deal with unlikely heroes. How do you respond to that assertion?

LG: I think the whole business of heroes is an American concept. Conceit? Hardly anyone gets up in the morning and says to himself, I think I’ll do something really evil today; neither does anyone say, well, Wednesday needs to be truly heroic, so I better go save the world. The vast majority of people do what they think is best as well as they can, and heroes and villains are really separated only by whether or not we agree with their arguments. Even those individuals everyone says are wicked probably believe they are doing a thing that needs to be done. (Though you have to wonder at Stalin.) If the necessary is also personally advantageous, so much the better. We rationalise a lot. Much of the tension in The Legend of Sarah arises from differing ideas of what is right.

LS: How does this new release differ from the original?

LG: A number of big ugly info-dumps that stood in the way of the story have been removed. A couple of technical issues were resolved. Robert got me to nail down the point of view much more securely than it had been. Some things that were being misread were changed. We removed a few anachronisms and renamed the Bush Wars to avoid tying the reference to an unfortunate president. We redid some transitions. Robert picked up a few grammatical faults. But it is the same story, cleaner, smoother, and easier to read.

LS: What was the original inspiration for this story? Was it person, place, or concept? And how did you go about developing that inspiration into a novel?

LG: When my son was in high school, I noticed that the school community was deeply divided along several planes and these sub-communities didn’t interact very much. A microcosm of the world, really. The most important to my son was the division between the technologically competent—what we would now call nerds—and the others. Nerds and non-nerds had little common ground, and hardly any girls joined the nerd community back then.

A science fiction writer’s natural response to such an observation is: well, if this goes on—

Things churn in the back of the mind. I began what would become The Legend of Sarah thinking I would write about a society coming apart along technological lines, with the non-nerds having a pretty poor time of it, but when I started working it out, that seemed ever less likely to be what would happen, and the interesting place to tell a story became the point at which the technocrats were beginning to see their own limitations. While modern society as a whole is hugely dependent on technology, technology is hugely dependent on resources, particularly, dense energy sources. You can grow sheep with an energy source no richer than a pasture, but you can’t power a cell phone network with grass. (Any kind of grass.)

LS: Despite being originally published in 1988, there is a timeless element to The Legend of Sarah. Was that a conscious decision on your part, or simply part of the nature of your subject matter?

LG: I can’t honestly say I thought, oh, yeah, in twenty years time folks’ll still love this. But if a story is not too dependent on a whiz-bang new, or soon-to-be-new, technological marvel, it can have some resonance for awhile. We still read Chaucer and Caesar’s Gaulic Wars. And the walls of pyramids.

LS: How does one get from being a chemist in analytical, agricultural, biological and clinical chemistry to being a writer of SF?

LG: Mm. I don’t know. I always read a lot. There were already some chemistry papers out in the technoverse with my name on them, but those things are formulaic reporting, and don’t really count. The first serious, I may actually show this to someone, creative writing I did was for a newspaper’s writing contest, and it won a prize. A couple of years later, I won another one. Maybe that was when I started to think I could actually do this. I had done a fair bit of editing for various scientific people by then, and understood I had a fair grasp of the mechanics of the language. I just had to be convinced that the stories I wanted to tell were ones somebody wanted to hear. There in after, I wrote a lot of stuff that wound up in the bin, and rightly so, until Cat’s Pawn got accepted

LS: Next year your novels Cat’s Pawn and Cat’s Gambit are scheduled for re-release. If you wouldn’t mind, tell us a bit about those stories and where you’d like to take them in the 21st century.

LG: Cat’s Pawn was written with this in mind: it would be nice to have a good old space opera in which the hero was not the son of kings, didn’t have special powers, and didn’t know the make and model of every weapon in the universe; someone who was just an ordinary Joe caught up in extraordinary things. It worked out pretty well, and I thought I was done with that particular story. But a lot of stuff was left hanging and it was a fun place, so Cat’s Gambit came about. There should be one more, called Cat’s Game, and maybe I’ll do it some day.

Gadallah’s novel, The Legend of Sarah, is available in print and eBook directly from Five Rivers, and online booksellers worldwide. 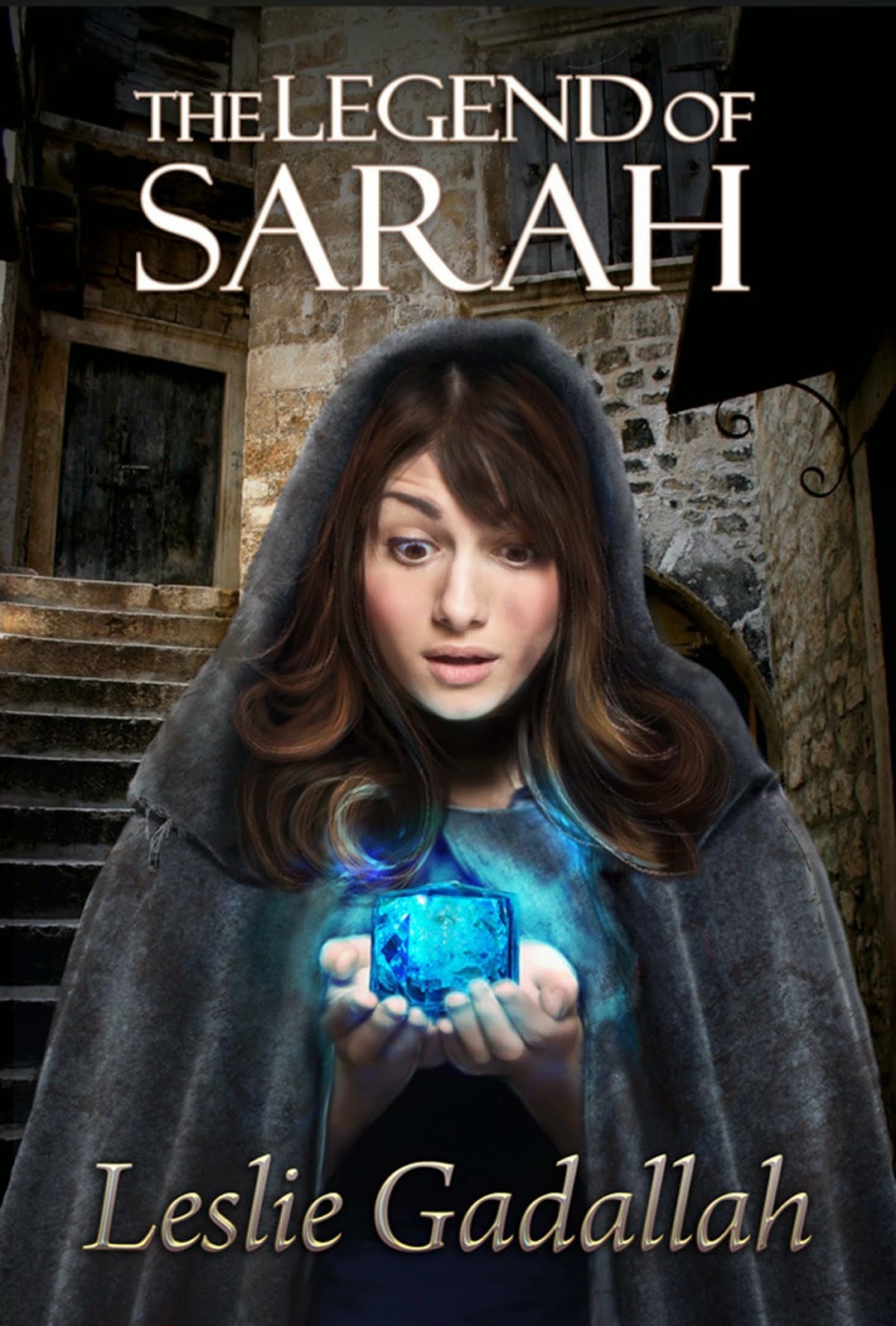 14
Mar 2014
By Lorina StephensInterviews, Leslie Gadallah, The Legend of SarahLeave a comment