First book of Shakespeare for Slackers series releasing May 1, 2014

Praise for The Runner and the Wizard at LibraryThing
LibraryThing praise for Old Growth, by Matt Hughes
In 2012 Five Rivers received a pitch for a series of books called Shakespeare for Slackers. At once outrageously irreverent and funny, there was also a very pragmatic interpretation of some of The Bard’s famed plays, employing modern dialogue and humour. The result is a series of side-by-side publications which will be of interest to educators, students, theatres and lovers of these timeless plays.

The first of the Shakespeare for Slackers series is Romeo and Juliet. 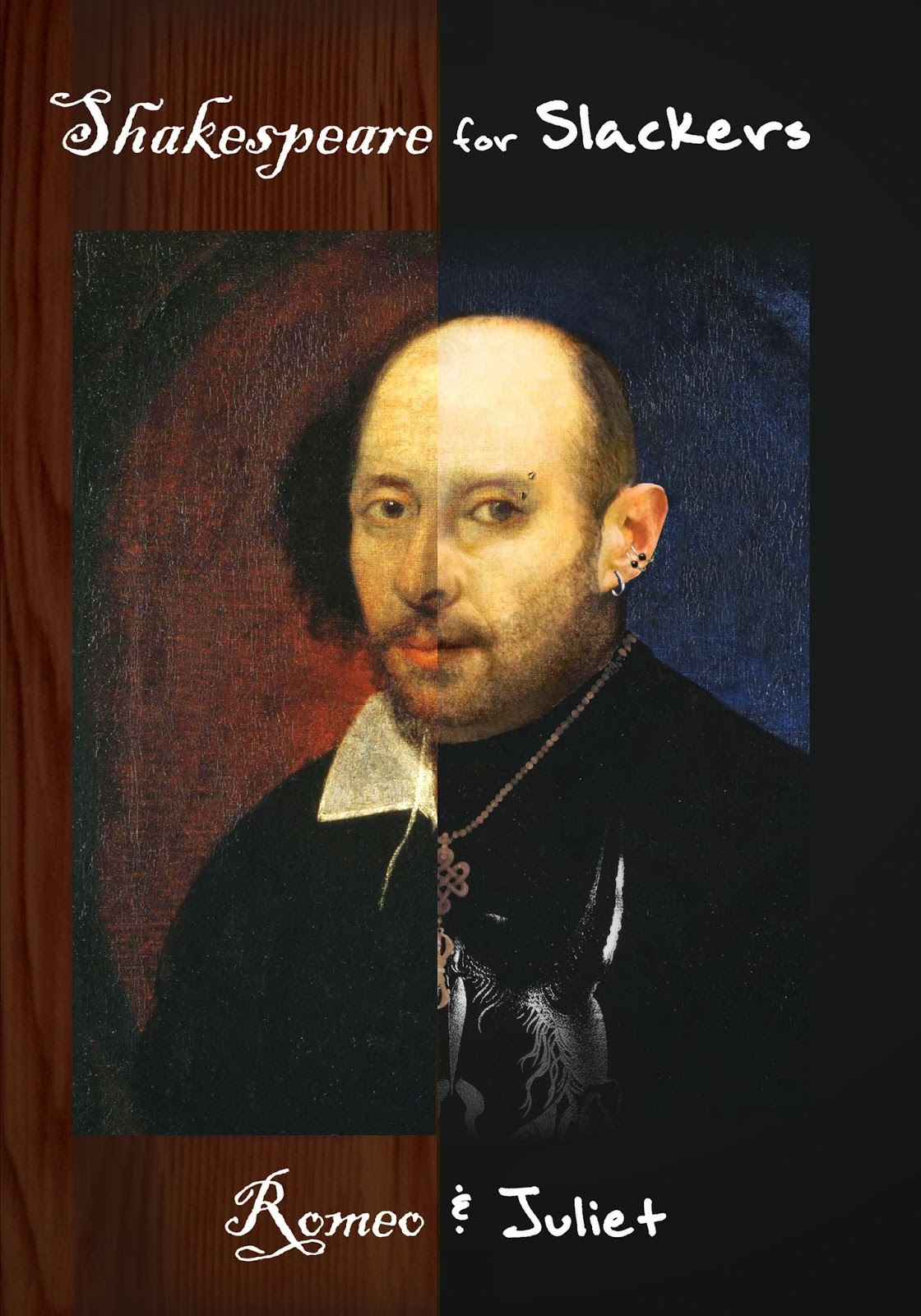 You know, back in the day, Shakespeare wasn’t considered elite. Oh sure, his plays were performed for royalty, but they were actually written for tradesmen, shopkeepers, average Joes, anybody who could pay a penny for a ticket. Mostly he wrote plays for the common man, using the language of the times.

In Shakespeare for Slackers: Romeo and Juliet, not only do you get the original play written by William Shakespeare, but you also get what a few of us think he probably would have written if he were still around today. (And if he sat around watching a lot of television.)

It’s Shakespeare translated, retold, vandalized, brutalized, and outright demolished to suit the language of the times.

Why? Because we can.

Who are the we? A trio of brilliant if misguided miscreants:
Aaron Kite is a writer, an artist, a vandalist of great literature, and a self-confessed jackanape. Though t’was his wish to become a doctor as a lad, he learn’d of the healing power of laughter and decided t’would be far less work to become a roguish clown instead. He hath written three novels, resides in Calgary, Alberta, Canada, and is oft seen getting slapped whilst attempting to compare comely maidens to a summer’s day.
Audrey Evans walketh a bard’s path, mayhap tripping more oft than she hath stepped. T’was Fortune that made of her a vassal to a churlish monarch of claws and fangs; she toils on the page betwixt the purr of her sovereigns’ fickle attentions. Each winter, she strapeth herself to snowboard and danceth upon nature’s snowy bosom, crushing a flagon of spirits to defy winter’s cold cruelty. Audrey hath dreams of inking more pages and resigning her accursed post of daytime drudgery to pursue a writer’s fancy.
Jade Brooke is a voracious reader and a stalwart protector of the many thousands of books in her charge. Her essays grace the pages of several manuscripts, and she aspires to one day pen a tome of her own. She oft converses with her familiar; a cat who takes her name from the inconstant moon that monthly changes in her circled orb.
Shakespeare for Slackers: Romeo and Juliet, releases May 1, 2014 in both 7 x 10 trade paperback ($21.99) and eBook ($4.99). The print version has both the original and modern text side by side for ease of comparison. The eBook version threads the original and modern text in alternating paragraphs to accommodate the dynamics of reflowable text, as well as contains the complete original, and the complete translation, for those who wish to immerse either in the past or the present.
In August the second of the series, Shakespeare for Slackers: Hamlet, is scheduled for release, and the third in 2015, Shakespeare for Slackers: Macbeth.
All three make perfect companion pieces in the classroom for John Poulsen’s Shakespeare for Reader’s Theatre: Hamlet, Romeo and Juliet, and Midsummer Night’s Dream. 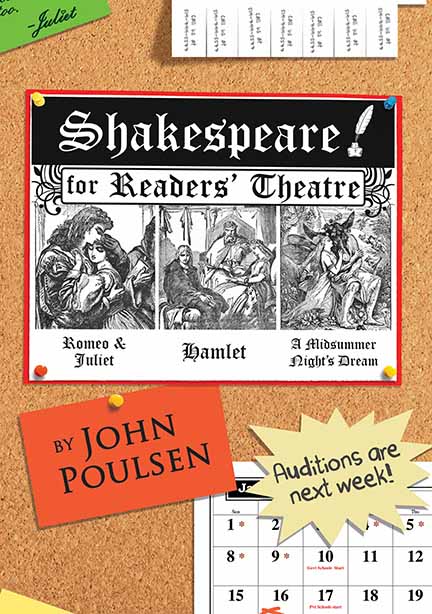