Why we published: John Lennon, and Steven Truscott by Nate Hendley

Book Launch X 3 at University of Lethbridge
Why We Published: Type, by Alicia Hendley
I know what a lot of you are thinking: why publish yet another biography about John Lennon? There are easily 20 books already in print about the Beatles legend, some of them not much more than pamphlets, some veritable tomes. Lennon is the tragic pop rock icon who very likely has more words and paper devoted to him than any other rock star, perhaps with the exception of Elvis. 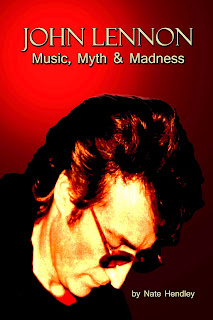 The answer to that is really easy: because the book was written by Nate Hendley.

What’s so special about Nate Hendley?

Well, the answer to that is also really easy: because Hendley has an ability to take massive information and distill it down to its essence, and still keep the material engaging. I’d already seen what Hendley had been able to do with the overwhelming information on Capone, and had watched that very slim book of 144 pages turn into one of our best-selling offerings.

I’d carefully studied reader reviews and found people enjoyed Hendley’s approachable writing style; they’d appreciated the fact they were able to absorb an overview of a subject which they could later, if they chose, go on to read more in-depth.

So it struck me Hendley was on to a smart concept with his quick and informative biographies. Why not Lennon?

And later it turned out to be: Why not Truscott? 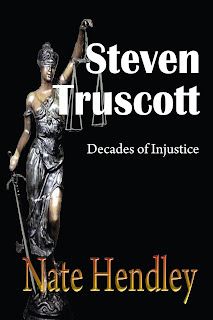 Just as with the Lennon biography, there had been massive amounts of ink splattered on the subject one of Canada’s most egregious miscarriages of justice, that of Steven Truscott. And just as he had done with all his other subjects, Hendley distilled decades of information down to the most salient facts, and presented Truscott’s story in a highly readable and intelligent book.

In fact, I have come to very much admire Hendley’s work, in that he upholds an old journalist convention on which I’d been weaned: objectivity. Unlike so many authors and journalists today, Hendley still pays homage to a the journalistic integrity. There is no agenda on Hendley’s pages. What you will find is facts presented in such a way as to retain reader interest — a skill too often overlooked and forgotten in today’s publishing world.