Nate Hendley, prolific author and recently of The Boy on the Bicycle, appeared at Indigo Bay and Bloor, Toronto, for a book signing on Saturday, September 14, where he engaged people, and signed books.

Nate has appeared on panels, at workshops, signings, readings and all manner over the summer. This coming Sunday, September 22, he’ll be at Toronto’s Word on the Street at the Crime Writers of Canada booth.

The Boy on the Bicycle was shortlisted this year for the Arthur Ellis Award for non-fiction.

The Boy on the Bicycle is available in print and ebook through Five Rivers, your favourite online retailer, and in select Indigo stores. 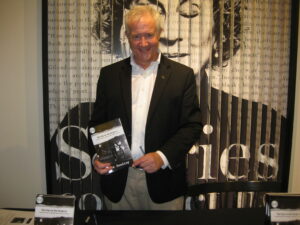 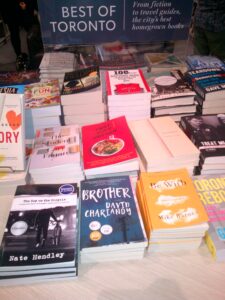