Anne, COVID, and plunging back into the novel
Revised and updated And the Angels Sang

And another one bites the dust

I learned this week, with regret, the closure of another excellent small publisher, Bundoran Press. Headed by Hayden Trenholm, Elizabeth Westbrook-Trenholm, and Mike Rimar, Bundoran had a good run in the SF genre, giving voice to Canadian SF authors, and producing work which received literary acclaim.

Speaking on behalf of the Bundoran team, Hayden Trenholm said: “While we still love the press and our artists, we no longer have the emotional or financial resources to continue the struggle. Selling books as a small press has always been challenging but the last year has seen those challenges grow. The current pandemic was only the final blow.”

Bundoran leaves behind a considerable legacy of not only quality publications, but a standard of business conduct which, sadly, is too often rare in this business. The team should be proud of what they achieved. And they will be sorely missed. 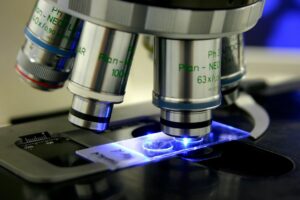 Pandemic a blow to publishing

Like many industries, publishing has been stressed to near breaking during the COVID-19 pandemic. However, unlike many industries, it seems counter-intuitive that books, indeed reading, should have seen such a sharp decline, in fact according to an article in The Walrus, unit sales have dropped 27%. It would seem in order to deal with working from home, people have turned to baking bread instead of reading during their leisure. Or if they are essential workers, have been too stressed and exhausted to even consider getting lost in a good book in whatever format.

And so, not only are bricks and mortar bookstores closing at a brisk rate, but small publishers are weighing the realities of existing in this new world.

There’s no denying being a publisher, at any level, is a labour of love. If you’re one of the Big 5, it’s a constant battle to satisfy shareholders who care not one iota about the reality of the world; all they want are ever-increasing dividends. If you’re a mid to small publisher, the weight of trying to fight your way to some sort of market recognition may very well mean you’re going to cash in now before things get so ridiculous you are no longer able to honour your commitments. Certainly that, plus the reality of eldercare during this plague, made Five Rivers’ decision to close a sensible move. And for Bundoran, it would seem. 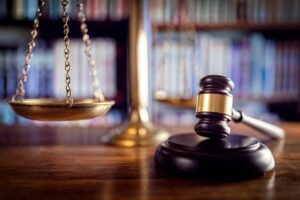 But there’s another factor at play

And that factor has to do with a society which has steadily been moving toward an unprecedented state of entitlement. Or put another way, a society which expects everything for free. We saw it happening in the music industry. And then new platforms opened up which allegedly would not only solve the problem of big industry record labels dictating the artistic vision of musicians and songwriters, but give voice and a marketplace for the growing indie artist. Except that’s not how it ended up. Instead, those very platforms, driven by shareholders’ addiction to ever-increasing dividends, ended up even more predatory than the music labels. There are enough stories about how artists aren’t paid properly, or fairly, through Spotify, how the algorithms are stacked so that preference is given to what makes Spotify more money than those small indies.

But that’s the music industry.

The same thing, however, happened years ago in visual arts and galleries.

And it’s been happening with the publishing industry now for 20 years, ever since the emergence of legitimate print on demand and accessibility to the larger marketplace. Sure, both indie authors and small publishing houses can relatively easily produce material and access markets. But the financial share both publishers and indie authors receive is a mere pittance. And then elibraries happened. Even the mention of the concept drives me to hysterical laughter, because, on average, Five Rivers used to receive $0.30 per elibrary book compensation. And then get to split that 50/50 with the author. So, each of us would make $0.15 per sale. Fifteen cents. Per book. Gee, thanks. If the author sells 11 elibrary books, books which may have taken decades to write and polish and bring to print, they may just be able to buy a Tim Hortons coffee. And the publisher? Well, at that rate, for Five Rivers, we would have had to sell over 3000 copies in order to break even on our developmental costs. Given that most books rarely sold even 500 copies in any format– well, you can see the financial problem.

And people scream about a living wage?

But it gets better. Because the society in which we live seems to think all this creative content should be available for free, or near to free. And so work is pirated with impunity, in print and digital, and gleefully consumed. But that’s okay, right? It’s just one copy. And another. And another. But it’s not really stealing. Not really.

And when the well runs dry, those same people scream they have no more films to watch, or books to read, or music to listen to.

But in the meantime, Coteau Books, Bundoran Press, and Five Rivers Publishing, are no more. And all those authors are orphaned, in some cases for a second or third time. 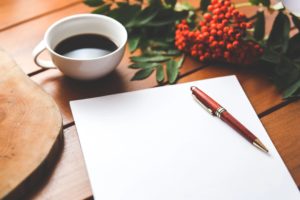 My advice to the orphans

Here it is. And it’s good advice, even though it’s free. Go indie. Do it yourself. If it’s a predatory world, best make yourself as free from commitment and contractual obligation as possible, and control your own destiny. But you don’t have time to market? Well, guess what? Even if you signed with one of the Big 5, you’d still have to self-promote. That sucks? Yes it does, but it’s part of the schtick, because YOU ARE YOUR BRAND.

And this way, if you do make an elibrary sale, well, it will only take six sales to get you that Timmies double-double, instead of 11. Another and: no one’s going to close up shop on you because they ran out of funds, energy, or chutzpah. You control your creative destiny. And you stand about as much chance of success doing it on your own, however you measure success, as publishing through a small, mid or large publisher.

Publishing
16
Jul 2020
By Lorina StephensPublishingComments Off on Pandemic, publishers and writers