What time is it?

Choosing a tense for your story usually isn’t a big deal. Most fiction and even nonfiction is told in past tense, as in: They went there, and then they travelled further.

Why writers do this is not entirely clear. Certainly the practice of writing in past tense has been around a very long time. Mallory wrote Le Morte d’Arthur in 1469, and it is in past tense. Homer’s epic poem, Odyssey, even in the original Greek, was written in past tense, and that dates back to around the 8th or 7th century BCE.

It would appear employing past tense in writing is simply a comfortable, accepted form, perhaps because it most emulates how we converse. Most of what we discuss among ourselves tends to be in past tense, unless we’re speaking regarding future events. But for the most part, we recount events when in conversation. It’s usually how we tell an anecdote, recount our days among friends and family. Not that we don’t speak in future tense; certainly we do. But it’s not the tense we so easily and customarily slip into.

So, it only follows we naturally gravitate to past tense when writing. And that’s perfectly fine.

You want to wake up your reader

If it’s a shove-your-reader-off-the-chair effect you’re going for, then you may choose to write in present or future tense. Both are arresting. Both require a sensitive hand else your work will end up so unapproachable as to be unreadable. Certainly there are some novels out there which have effectively, even brilliantly employed both present and future tense.

Writing in present tense is just that: all the action happens right now, i.e: She picks up the newspaper and scans the headlines, feels frustration with the barrage of sensationalism, and tosses it back to the table. 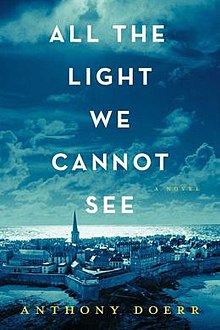 Present tense gives immediacy and urgency to your story. There is nothing passive about present tense. And in the right hands it can be astonishing and brilliant; in the wrong it can be outré and unreadable. Novelist Anthony Doerr employed present tense in his novel All the Light We Cannot See, which went on to win the 2015 Pulitzer Prize for Fiction, and the 2015 Andrew Carnegie Medal for Excellence in Fiction. 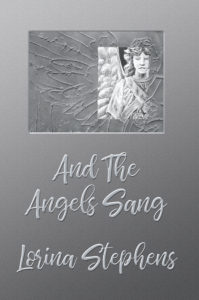 When I wrote the cover story for my collection of short stories, And the Angels Sang, I chose to tell the story in present tense, because it is a deep character POV, that of Father Jean Brébeuf in his last moments of life. He is being tortured, horrifically, and I wanted to examine what he might have thought in those moments, how he might have slipped into hallucination as so often happens when we are thrust into extreme trauma. There is a sense of disconnect in those moments. And so the only way I could think to convey that sense of disconnect, was to write the story in present tense, because the story is happening right now. His pain is right now. And I wanted the sense of that to be right now for the reader. So, yes, present tense was chosen as much for shock effect as for a literary device.

Apparently it worked for one reviewer:

Lorina does a masterful job of summarising a lifetime of devotion to the cause in the final, frantic thoughts of Father Brébeuf. Delirious, near out of his mind with pain, he imagines the forest grove around him the pillars of a glorious cathedral. Similar fantasies transform his horrific death into a mystical rite of passage toward paradise. What strikes atheists like myself as an idiotic belief system here becomes very real, the key to salvation and transcendence, and his pity for his tormentors, utterly convincing. It takes exceptionally good writing to put you deep into the mind and thoughts of so alien a being.

Even more difficult to write is a story told entirely in future tense. He will go down the road, meet a dog, and the dog will bark and then sniff his hand. He’s going to feel a pang of homesickness because of that filthy cur.

There is again a sense of disconnect and tension employing a tense other than past, in this case a feeling of inevitability, even futility, because the uncertainty and nebulous nature of the future now becomes a clear reality in the narrative. There is no ability to deviate from what is seemingly pre-ordained. And once again, this tense can be exhausting not only to write, but to read, so choose carefully.

Novelist Carlos Fuentes did so in his short novel, Aura, which, by the way, is also told in second person. 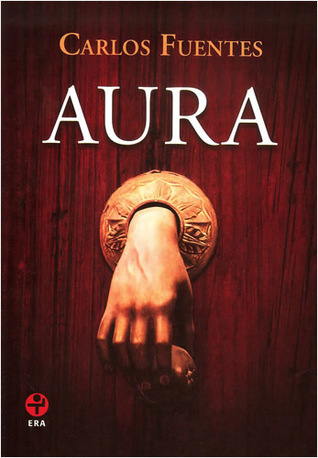 There is a sense of the omniscient in a future tense story, perhaps because future tense, as Carlos Fuentes demonstrates, is most often told in second person.

What’s the correct thing to do?

Whatever suits you and your vision. That’s the correct thing to do. Sure, there are lots of people who are going to tell you to play it safe, to abide by some set of unwritten and uncanonized rules. But there are no rules. Not really. Art is subjective. Yes, you’ve heard me both say and write that previously. It’s true. Sure, you need to know the fundamental tenants of writing. But you also need to know how far you can bend them to create something astonishing, even transcendently memorable.

So, don’t be afraid to experiment. Write. And then write some more. Doesn’t matter if any of it is bin material or readable. Just write. Do like every other artist in every other discipline, and just create work. In the end that’s what it’s all about. Or should be. At least in my opinion.