Writers’ Craft 11: Beta Readers or Not 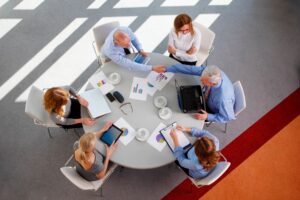 There seems to be an accepted protocol that once you’ve finished your novel, you then put together a group of willing, knowledgeable readers — beta readers — to do what is essentially a market test.

The reasoning behind this method seems sound: you want to be sure, after all your revisions and polishing, that you’ve crafted this story well, that readers will get what you’ve tried to convey. Retaining beta readers is a form of critique session which often happens in writers’ workshops. But it is important to remember beta reader feedback is simply opinion, albeit ostensibly informed opinion. But it’s still opinion. And art, let us remember, is subjective.

Allow me to elaborate

if you have four beta readers look at your work, you may very well receive four quite different responses. Some readers will find the overall story is quite tight, with certain sections requiring revision. Some may not find the story to their taste, or understanding. In the most severe cases you may receive the opinion you need to go back to the drawing board. In the best of situations, you’ll receive five stars and told to pass go.

Your job, at this point, is to find any common themes in the comments. It’s kind of like reading the Rosetta Stone, deciphering the information you’ve received. And it also requires you read these comments with an open mind while exercising critical thinking, and by critical thinking I refer to Socratic method. And ask yourself, are these readers or writers my peers? Difficult question, requiring a clear and honest understanding of your own, as well as their abilities.

It’s also important you fact-check any comments which may have to do with queries regarding research.

And all of that is a lot of work.

What if you don’t agree?

It’s very possible you may find you don’t agree at all with most or any of the comments you’ve received. If that’s the case, analyze why you have come to that conclusion. If your response to that analysis is centered around people not liking your work, then perhaps what’s happening to your novel is you, your ego. Put that ego in the drawer and go back over the comments. If you find that even after honest, pragmatic analysis you still don’t agree with a beta reader’s comments, then stick to your principles. It’s a fine line between visionary art and art by committee. And only a brutally honest self-evaluation will allow you to navigate that path with any degree of success.

But what if I don’t want to use beta readers?

Then don’t. It’s that simple. As long as you’re being honest with yourself, striving for excellence, and are willing to take yourself to task without succumbing to narcissism, then you’re okay. That’s not to say that your work will go out into the world to wide critical acclaim and reader acceptance. But as long as you’ve been careful and adhered to an honest standard of excellence, then you should be okay.

At this point I do have to say I no longer solicit beta readers. Why? Mostly because I feel confident enough in my work, and the vision I’ve tried to create. Sounds a bit like hubris, which probably it is, but then again I don’t much care. Allow me to illustrate through a true story revolving around a different artist and artistic discipline, but a story which carries commonalities to the literary world.

When Van Gogh was alive, he knew the association of other contemporary luminaries such as Gauguin and Toulouse-Lautrec — all key figures in the growing Impressionist movement. But they and other artists and dealers denigrated Van Gogh’s work, often calling it amateur, beneath consideration. Time, however, has proved Van Gogh was anything but amateur, and very much visionary. In fact, despite the fact he sold only one painting during his lifetime — one out of over 900 works, his work today is lauded as one of the prime, visionary examples of the Impressionist movement. The second highest price ever paid to date for a painting, was for Van Gogh’s Vase with Fifteen Sunflowers, and fetched the equivalent of $1.2B CA, in 1987.

Were Van Gogh’s beta viewers correct? Time has proven not.

But you need to ask yourself, and answer honestly: are you Van Gogh? That answer will determine whether or not you solicit beta readers.