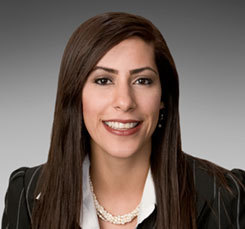 The novel is an honest, at times heart-breaking, window into the world of Samira, an Iranian woman caught in the contradictory and eventually revolutionary world of 1979 Tehran. Ultimately a very female novel, we feel very strongly this story will resonate not only with women on a global scale, but people who struggle daily for balance and sanity in an often radical and repressive world.

Shermin brings with her a global experience that has taken her from modelling to the law offices of Barack Ferrazzano Kirschbaum & Nagelberg where she practices complex commercial litigation, representing large corporations such as Louis Vuitton, Moet Hennessy, Fendi, and First Industrial Realty Trust.

In addition to her law practice, Sher is the co-founder and Vice President of Pasfarda Arts and Cultural Exchange. “PACE” is a new human rights organization dedicated to the exchange of arts and culture between Iran and the United States, with the mission of promoting understanding and thereby peace between the two nations. Sher is a citizen of Iran, Canada and the United States. She was born in Iran and is fluent in Farsi.

In addition to her commitment to PACE and her full time legal practice, Sher works with a number of non-profit entities on a pro-bono basis in both civil and criminal cases, has received an award for her pro-bono efforts by Illinois Legal Aid Online, and serves on several non-profit boards. She is a recognized advocate of gender equality rights, and participated in a global symposium on gender equality held in Zurich in July, 2007. She is also a painter, photographer, and writer, and is currently pursuing a Masters in Fine Arts in Writing from the School of the Art Institute.