4-star review for Out of Time, by D.G. Laderoute
New LibraryThing 4-star review for The Runner and the Wizard
When I look back on 2013 I’m a bit stunned by the amount of work I and my compatriots, Robert Runte and Jeff Minkevics, have accomplished. We’ve managed to put out a book a month in the past year. There were a few moments I thought I’d broken both Robert and Jeff. In fact, I was certain of it with Jeff toward the end of the year. But bless their wee cotton socks, they hung in there, overcame exhaustion and pressing deadlines, and joined me in completing the year’s docket for this blissful insanity called Five Rivers Publishing.

What’s ahead? Apparently an equivalent. We have four books scheduled to release March 1.

There are a few other titles in the wings, but details have not as yet been confirmed. Still and all, looks to be another fabulous year here at Five Rivers. 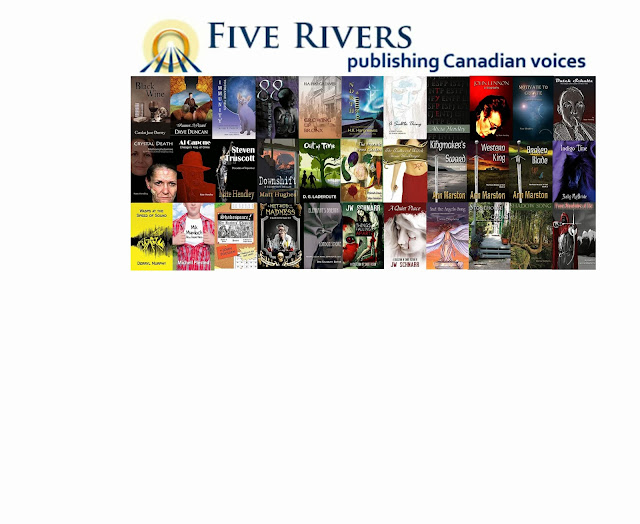