Why We Published: Type, by Alicia Hendley

Home / Blog / A Subtle Thing / Why We Published: Type, by Alicia Hendley

Why we published: John Lennon, and Steven Truscott by Nate Hendley
Why We Published: A Method to the Madness, edited by Michell Plested and Jeffrey Hite
Alicia Hendley first made her publishing debut with A Subtle Thing in 2010.

In 2012 she presented Five Rivers with a YA novel based upon a society structured around the tenets of Jungian Myers-Briggs typology, gone horribly wrong. The concept was enough to pique my interest. 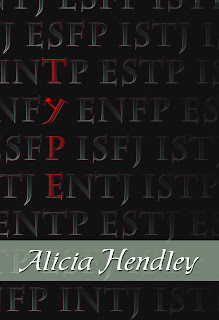 What followed in Hendley’s first draft demonstrated a very strong narrative which only required minor revision and strengthening of her main character, a feisty girl by name of Sophie, and a few plugs in plot-holes (as compared to potholes). What was even better was Hendley planned for Type to be the first of two, perhaps three, novels, chronicling the struggle of students caught in the horrors of typing, and the adults who worked at establishment level to assist in the overthrow of governments regulated by renegade psychologists.

The resulting novel is a physical and psychological drama of terror, betrayal, unexpected friendship and alliances, wrapped around a coming-of-age story like no other.

The screenplay version of Hendley’s Type, went on to win an award in the Canada International Film Festival in Vancouver this year.