Our own D.G. Laderoute’s YA fantasy novel, Out of Time, is featured in The Aurora Award Bundle 2. This is a fantastic bundle of Prix Aurora shortlisted and winning novels from Canadian authors.

The Aurora Award Bundle 2, is curated by Douglas Smith: (He won the Aurora three times and was on the final ballot another sixteen.) The Auroras are awarded annually by the Canadian Science Fiction & Fantasy Association (CSFFA) for excellence in Science Fiction and Fantasy. The award started in 1980 as the Casper and was renamed the Aurora for the 1990 awards.

This Aurora bundle again delivers a great mix of SF and fantasy, adult and YA novels, as well as a selection of short fiction. The books included reflect the long history of the Auroras, with titles spanning a quarter century of Canadian speculative fiction from 1992 to 2016.

This time, the bundle provides a great introduction to several wonderful series, including the first book in four separate series and the second book in a series that can be read as a stand-alone title. It also lets you sample the rich tradition of Canadian short speculative fiction, with two acclaimed collections.

You can click here to read much more about the bundle, and make sure to click on each cover for reviews, a preview and a personal note from our curator!

This is a great bundle, and a great value! 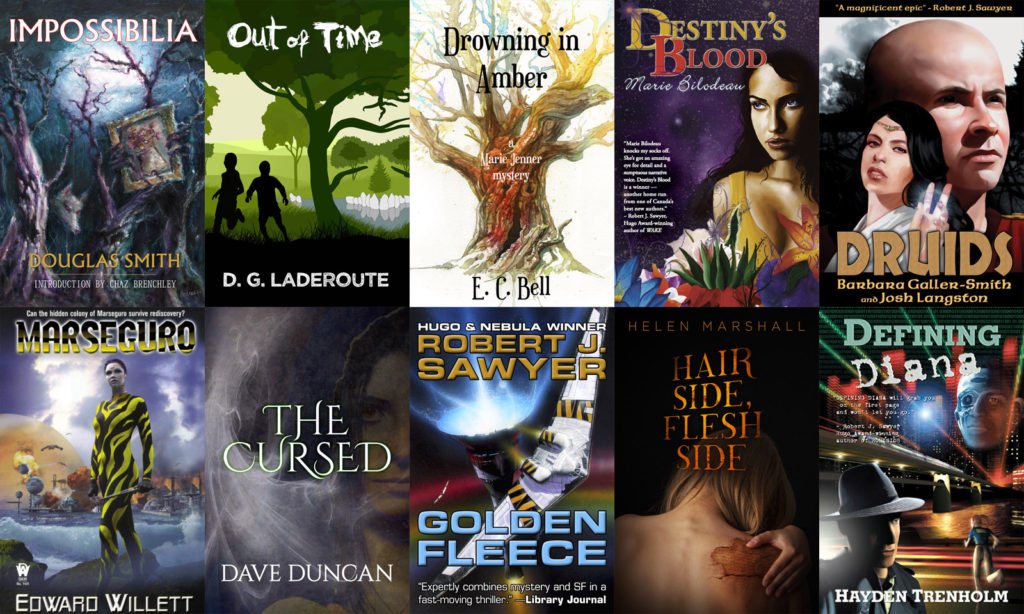