Allow me to introduce: Alicia Hendley

In my retrospective of Five Rivers’ decade of publishing, the next author up on my list is Alicia Hendley.

Some of you may remember the film Six Degrees of Separation, a brilliant film which showcased the burgeoning brilliance of a then very young Will Smith. The premise of the film, and the play written by John Guare, is based upon a theory by Frigyes Karinthy that everything is separated by six or fewer associations.

Thus it is through a separation of two degrees I came to know the courageous, talented and generous woman, Alicia Hendley. Alicia is the sister of Nate Hendley, who is an acquaintance of Paul Lima. After Nate was introduced to me by Paul, Nate then introduced me to Alicia. She, it seemed, had written a literary novel about a woman’s struggle with clinical depression.

My first reading of it? Devastated. Mind-blown. Alicia presented a novel of such raw and even beautiful honesty there was simply no way I could turn away the manuscript. I made her an offer. She accepted. And so it is we began the journey of editing and revising. She brought with her the authority of a profession as a clinical psychologist. She also brought with her a standard of excellence that made working with her a joy. 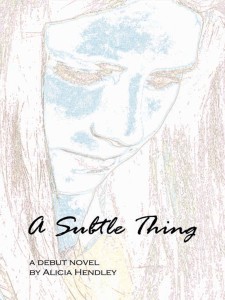 Five Rivers released that novel, A Subtle Thing, in July 2010. It went on to receive very positive, even glowing critical and reader reviews. Together we enjoyed a wonderful afternoon in September 2010, at Word on the Street in Toronto, where we had a launch for A Subtle Thing.

During those months Alicia learned one of her young children was autistic. Without even a blink she retired from her position as a clinical psychologist at the University of Guelph, and devoted herself to the care of a wee young gaffer who subsequently benefited by her care, her love, and her relentless pursuit of knowledge.

Informed by that journey, Alicia went on to write two YA novels which deal with a society based on typology, and the genocide carried out against anyone with unacceptable psychological differences. The novels, Type and Type2, went on to be compared to Veronica Roth’s best-selling series, Divergent.

Alicia, alas, has gone into a bit of a semi-retirement, but not before being longlisted for the Vanderbilt-Exile Short Fiction Award in both 2010 and 2011, and being shortlisted for her screenplay in the Gotham Screen International Film Festival. 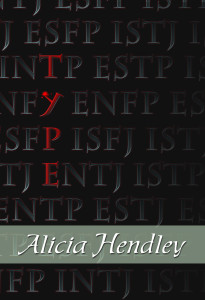 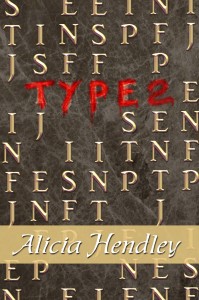 It has been my great privilege to give voice to Alicia Hendley’s work, to come to call her a respected colleague, and it is my sincere hope Alicia will again take up the lure of fiction and grace the world with another of her insightful, carefully crafted stories. Certainly her novels are worth the investment of your time, and I think you will come away from them with an insight and perspective that leaves you in a profound inner universe while the world hurtles on around you.