Allow me to introduce: Derryl Murphy 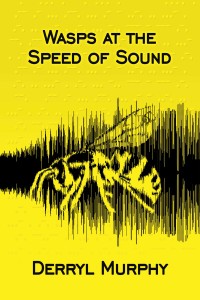 There are eleven stories in the collection, ten of them gathered together for the first time and one making its debut. All of them examine our experience with the worlds around us, anticipating dread and disaster with every turn, even while hope is sometimes allowed to win out. Murphy deals with the destruction of the Earth; an alien tourist and the death of a species; Earth at the end of time, coming back from a very long trip; a man and his father, lost in time; sailing on seas of garbage; an insect rebellion; a virtual future that creates an unrealistic past; water, politics, and a big machine; monkey-wrenching taken to a new level; lessons in photography; and rebellion on a distant world.

In 2007 Derryl’s collection was chosen for the UNBC Reads campaign at the University of Northern British Columbia. And readers have gone on to praise the collection.

His urban fantasy novel, Napier’s Bones, was short-listed for the Prix Aurora.

Derryl writes about writing, books, film, soccer and life on his blog: If You Can’t Say Anything Nice. He also has a Facebook and Twitter presence.