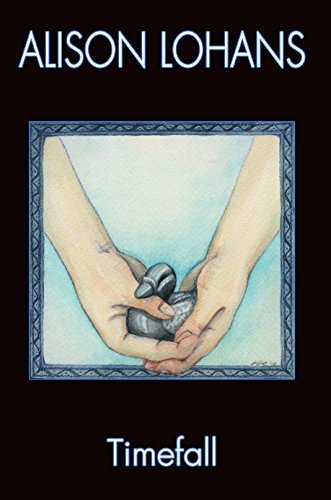 Katie Neville sucked in a sharp breath. It was tempting to do exactly what Tyler did, lie there squalling until someone took care of you. But Tyler was only nine months old and didn’t know any better.

It was a too-hot, too-dry summer, with dust blowing everywhere and grasshoppers taking over the earth, and Katie was sick of it. She was tired of being a mother, aged fifteen and a half. Of the extra weight gained during her pregnancy that just wouldn’t go away. Of generic hair that was no particular colour, and skin that only burned. Of not fitting in any more. Worst of all was the loneliness, the aching emptiness.

At this moment, Tyler was in the playpen, wearing only a diaper. His face was red, his soft tummy prickly with rash.

“You poor kid,” she murmured, stroking the moist, fine hair back from his forehead.

Tyler’s blue eyes, so like Ryan’s, looked directly at her. Tears glistened on his cheeks, smudged in dust that had blown through the screens. Katie picked him up and wiped his face with her T-shirt. Tyler squirmed.

Timefall is a tale set in both a near-future Regina, Saskatchewan, and a far future version on a desolate prairie. Katie is one of the two main protagonists, a young unmarried girl struggling with a baby, school, and her mother who is a distressed single parent with another son, Katie’s younger brother. Both the now and near future worlds are on the verge of collapse.

The main protagonist in the far-future world is Iannik, struggling to help his world survive while attempting to bridge the gap between the two worlds by searching for a savior to rescue their desolate and dying land. Their birth rate is dropping to zero, and they are running out of options. To compound Iannik’s problems, not all of his people have faith in him.

Iannik, one of the few people who can deliberately travel across time between the two locations, is under the impression Katie’s baby is the prophesied savior of his people in the far future, the arrival of the foretold T’laaure. If these prophesies go unfulfilled, the last remnants of his people face a slow and ultimate death. Katie gets swept up in this leaping between very different worlds and is reluctant to either help or accept Iannik’s theory after spending time in the future. To add to her problems, a monster tornado strikes Regina, and it looks like the collapse of her world might be imminent. Now she must decide whether to stay, or go for good.

Environmental disasters, the teenage angst of pregnancy and callous classmates, and the confusion of what happens when Katie tumbles from one world to the other leave plenty of room for soul-searching and the hunt for answers.

Timefall is timely tale that looks deep into the many problems of teenage motherhood and the potential of environmental disaster.