On being a small publisher

Home / Blog / Newsletter / On being a small publisher

The Gilded Chain now in audiobook
What has been, and what is yet to come 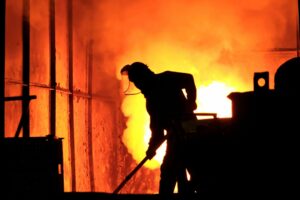 In the past few weeks there has been a bit of a tremour run through the small press world in Canada, particularly in the SF&F community. First it started with discussion of lack of payment and royalty statements from one Alberta publisher, along with complaints of unfulfilled contracts, lack of communication, dismissive attitude. Then the bomb hit about an Ontario small press publisher which specialized in horror and dark fiction with allegations of not only financial malfeasance, but sexual and emotional harassment enforced through holding individuals economic hostage.

There was an understandable outrage which ensued, which unfortunately resulted in a breakdown in faith in the small publishers of Canada. There have been a lot of words bandied about, accompanied by a lot of hurt and anger and calls to action. 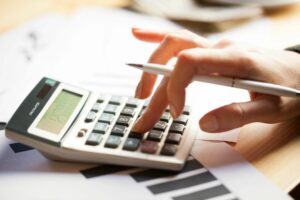 There also seemed to be a general belief it was incomprehensible any popular small press should be in a precarious financial situation, that somehow popular reputation would equate to flush financial statements.

There is an underlying belief here, at least that’s what I infer, that somehow if we put together a calculated and scientific formula (otherwise known in the arts as the holy grail—I’m being facetious, forgive me) that somehow that will translate to financial (economic) success. I will say here what I say to every author I’m privileged to publish: there is no secret formula. You can have the best business plan, a standard of excellence, do all the most savvy and effective marketing, garner great reviews, and still a book won’t sell. Over and over again.

That a small press doing all the right things should have cash flow problems is simply the way of the arts business. If you believe you can make a living in the arts, have financial success, then I’m afraid there’s something special in your beverage of choice, because most especially in the arts it is a REALLY TOUGH GO. You have to be sure you can afford to operate at a loss, that you’ll have independent funds to cover you. A wise and savvy small press publisher (John Denison of Boston Mills—they were legend in their day) said to me I should write for the love of, not for financial success. He was both right and wrong in that particular case; right because even the Big5 houses struggle to remain profitable. (We disparage their penchant for making editorial decisions based on marketing departments, but when you have shareholders holding the purse, that’s actually a sane business strategy.) And he was wrong, because the authors were always the last to be paid, and that should never happen, because from a business point of view, the authors are the source of your business. They provide you with the widgets to sell.

Living in the Arts Community 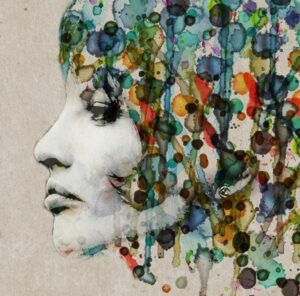 And this problem isn’t unique to publishing. It’s endemic of the arts. It doesn’t matter if you’re a painter, sculptor, dancer, actor, writer, singer, songwriter, composer, musician—making a living in your chosen field is at best precarious. And for those who do manage to make a living, it usually means huge personal sacrifice, and success measured in very modest measures. We don’t live in palatial spaces, enjoy being on the A-list, never worry about paying bills or how we’re going to fund our retirement. And my advice to anyone in the arts, having been in the arts all my life, is don’t quit your day job.

Five Rivers Publishing does okay. Not great. But okay. Are we profitable? Sometimes. Mostly not. But I always pay our authors, always make sure whatever sales come in are squirreled away for that next quarter’s royalties, and to pay the very few people who work on this team. We don’t operate with any grants, because I refuse to go down the route of doing a print run and then worrying how I’m going to get that to market. That’s a very conscious business decision, made after having analyzed for years the practices of what have been some of the finest small presses in Canada, and watching them drown under unsold or returned and remainder stock. So we use POD. And we don’t accept returns, which means the majority of brick and mortar shops won’t carry our work, because they’re all addicted to the system of displays rather than sales.

That means our print books are available primarily online. Which isn’t without its own set of problems, Amazon being the primary thief and huckster in all that.

And I don’t do conventions. Period. Because the cost analysis of expense to return in profit is non-existent, even tracked to follow-on sales.

I do very careful online marketing, and there I’m fortunate because I’m able to tap into the genius of my son who is a much–in-demand digital marketer.

But have a wonderfully flush profit? Oh dear me, no.

So (and this may sound insulting and confrontational, and I don’t mean it to be) it’s very easy to offer sagacious advice from the chair, at a distance, without having muddied your hands in the actual operation of a business, but until you’ve worked all sides of that publishing desk, and truly gained on-the-ground experience, all the arguments about profitable business in the arts are irrelevant.

Having said all that, while operating any business, I don’t care what field, one should always remember it is a small world. We work and thrive, or work and fail, in community. So best to foster a healthy, cooperative, vibrant community than one based upon confrontation and usury. That’s my paradigm of publishing, and of life. It’s just that simple. And I really don’t understand why or how people can be otherwise, treat people with such disregard. It’s incomprehensible. I know this happens. Have witnessed it first hand not just in publishing but elsewhere, and sometimes coming from a direction I had thought was sacred trust. So, you’d think I would be able to understand that darker nature. But I don’t. I really don’t. So for me there’s no other way to exist as a person and as a publisher. Treat people as I wish to be treated. Respect. Dignity. Integrity. Honesty. Try to foster these. That’s the formula. It may not be the paradigm of Jeff Bezos or the Koch Brothers. But it is mine.

So, what is Five Rivers Publishing? It’s a ship, captained by me, with a crew of creators and authors who share a vision of an egalitarian society, who work in a cooperative and vibrant community. We solve problems. We discuss. We create. We put out the best quality books we can, and talk about them, and try to bring a little wonder into the world, provoke thought and reasoned, intelligent discourse.

If that appeals to you, you’re welcome here. If it doesn’t, that’s okay too. I wish you well in your journey.