Allow me to introduce: J.W. Schnarr

J.W. Schnarr—a remarkable person, and a remarkable writer of horror who makes his living as an award-winning journalist and photographer for the Lethbridge Herald. Again through an introduction by Robert Runté, I met J.W. Schnarr in 2012 when Bill pitched the idea of his collection of stories, Things Falling Apart.

Beyond the comfort zone 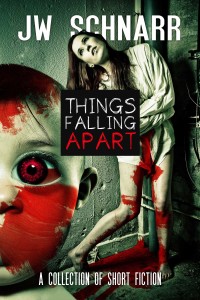 I have to admit to being shocked when I read Bill’s collection of shorts. He went beyond my personal aesthetic of justifiable violence, of psychological trauma, and I had to think very carefully about my reactions, and the merit of what he was doing. It was during one of those unrelated moments that it occurred to me Bill was in fact an unassuming genius of his craft. He made no apologies for his subject matter. He wrote about people in ridiculous situations, often making bad decisions, pushed into actions and realities which despite their seeming implausibility, were in fact quite plausible were those series of events to occur. It was also one of those moments I realized if I were going to champion Canadian voices, then I had to champion voices across a spectrum, not just those that fit within my personal aesthetic.

His writing is tight. There is nothing extraneous or flowery. Like his journalism: just the facts, and only the facts. It is that pared-down, harsh-glare journalistic discipline that informs Bill’s fiction.

And so it is I came to edit and publish not just one collection of Bill’s short horrors, but two. 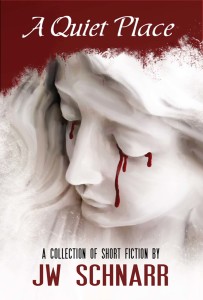 In August 2012 we released Things Falling Apart. It went on to receive reader acclaim. Then, in November 2012, we released his second collection: A Quiet Place. That collection demonstrated a marked development in his aggressive style, counterpointed by an increased subtlety into the psychological over the physical.

If you are a lover of horror, these are two collections worthy of your time, and J.W. Schnarr an author you should put on your radar.